It’s now been 10 years since the first few features of Club Log were put
together. This feels like longer than I expected – probably because the
whole story of Club Log has rushed by. They say that time flies when
you’re having fun! I wanted to share a few reflections and say a few
thank-yous, to mark this decade. 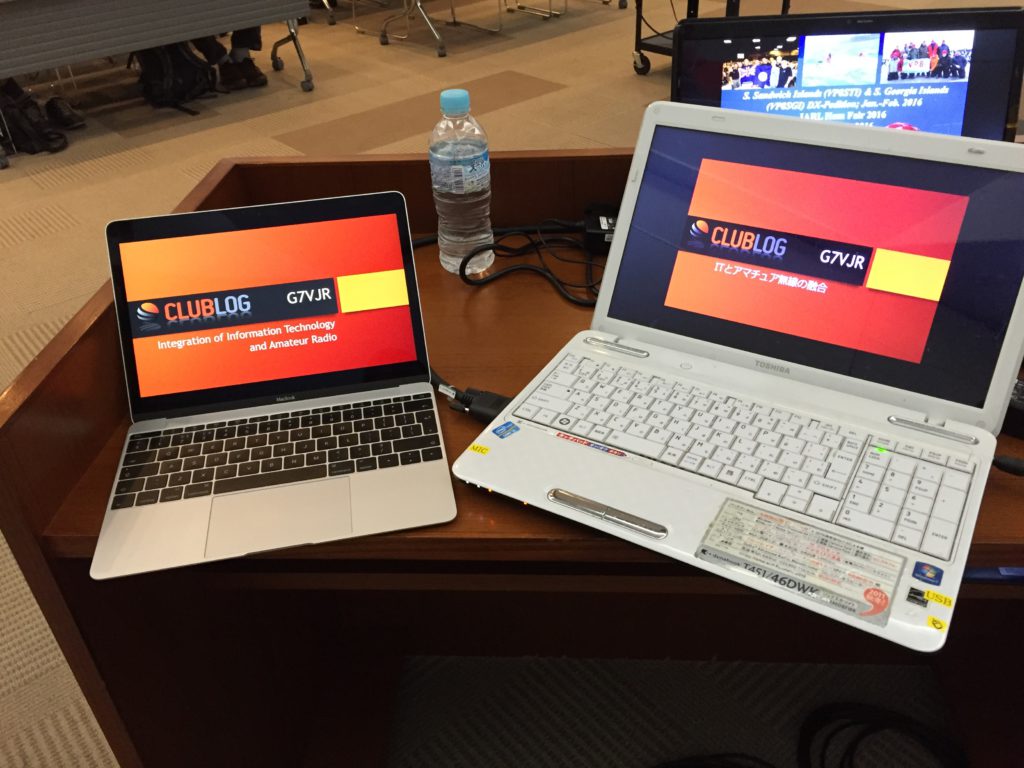 In the early days, where about 2 million QSOs (all from members of UK DX
clubs) were stored in Club Log, you could expect quite a bit of difficulty
with DXCC mappings, as we just had the main prefixes at that time. Alan
5B4AHJ was just starting to propose some exceptions via email. These were
small beginnings and a great deal of head-scratching and trial and error
was needed to get past the practical issues. But, if we fast-forward to
today, Club Log has grown to half-a-billion records, under more than 75,000
callsigns (held by 55,000 users) and is dealing with 2,300 uploads every
day. Expedition logs have been searched 43 million times, and the amazing
OQRS facility that Marios, 5B4WN wrote has processed $2 million (and
€327,000 – plus other currencies another $50,000 or so) of requests for
cards. Given that each OQRS transaction has halved the postage and material
costs for the card requested, we can begin to guess how much money has been
pulled back into the hobby by this step-change in how QSL requests are
typically made. Not only did Marios write these wonderful tools, but he
contributed the amazing expedition log search, propagation and activity
tools as well. It is a huge privilege to work on Club Log with Marios, who
is so passionate about inventing new features. Thanks, Marios, 5B4WN!

Looking at the record now in November 2018, there are 530 million QSOs
stored, each of which passed through the upload logic of Club Log in the
blink of an eye. Every callsign is studied to make sure the date and time
and the callsign are accurately mapped to an entity. To get those callsigns
assigned to DXCCs needs 4,320 prefixes, and an incredible 22,700 exceptions
– all of which have been painstakingly curated and managed by Alan
5B4AHJ, by hand.

Bear in mind, in 2008 there were no exceptions, that’s equivalent to
adding 6 new pieces of research every day of every year – for a decade.
I’d like to make a special thank you to Alan for this amazing
contribution. Making a DXCC database has needed ongoing support of some
very well-learned DXers, who have made this feat more achievable, but still
represents an extraordinary personal undertaking of time, effort and focus.

Almost all modern logging software now relies on and uses the Club Log
database to get DXCC mappings right, not only today but over all of the
dates of modern amateur radio (right back to 1945). Although the software
and features in Club Log are a prominent part of the DXpedition world (and
many individual DX clubs who use it for leagues, propagation and even
funding and grant decisions), it’s true to say that all of those features
– every part of Club Log – is resting on the foundation of the research
in the DXCC database. Thank you so very, very much for your tireless work,
Alan, 5B4AHJ.

I must also mention our helpdesk service. As you know, anyone using Club
Log can ask for some assistance with features, queries about DXCCs or other
matters. The Helpdesk is staffed by people you’ll know – like Joe,
WL7E, our resident LoTW expert, and Jim KE8G who gives friendly backup to
anyone struggling with getting Club Log to work for them, along with Alan,
Marios and me. Like everything in Club Log, it’s all about ham spirit and
we get a lot of satisfaction from being able to help. We use a tool called
Freshdesk to manage the volume of queries we get. In fact, between the five
members of the team, we’ve dealt with 2,200 pieces of correspondence in
the last 12 months – quite a bit more than I thought it would be, when I
looked!

That brings me to the most important thing I have to say. I’d like to
extend my sincere thanks to everyone who saw what we were doing and
gave us a donation to help make it possible. Ten years has seen the Club
Log equipment repeatedly get upgraded, with only donations to unlock each
new bit of outlay for bandwidth, and all the other parts involved. Today,
running on servers that are right at the limits of modern storage
capabilities, things are really in great shape. While Club Log is in the
middle of so much of what we do as DXers, it can still exist without any
advertising. We’re able to confidently keep this service going this way.
Our supporters made this happen, and on behalf of all five of us (and the many others
who’ve also been able to enjoy Club Log), please accept my heartfelt
thanks and appreciation.

If you’re settling down for Thanksgiving, or if you’re just about to
take a shift at CQWW, may I wish you a happy and peaceful end to the year
2018, and here’s to another 10 years of Club Log and ‘big data’ in
amateur radio!

Alan, 5B4AHJ asked me to include this postscript:

“Michael, G7VJR has been very generous in his comments on the contributions
made by the various Club Log team members to the project. In his typically
modest style, Michael hasn’t made any comment on his own contribution.

I have had the privilege of working with Michael since almost the beginning
of Club Log. I have seen the architecture evolve from those early days into
what it is now. I well remember the time when it dawned on Michael that the
unexpectedly high rate of database growth meant that there were upcoming
scalability and performance issues that needed to be dealt with in fairly
short order. I remain impressed by the scaleable database architecture and
caching strategy that was put in place, coupled with the choice of state of
the art hardware that donor’s contributions have enabled to be purchased.
There continue to be on-going tweaks to improve performance. Having spent
my entire career in the electronics/software industry at both technical and
management levels, I feeI that I am qualified to say that Michael’s vision,
technical and interpersonal skills make him absolutely the right man for
the job. Thank you, Michael – you ARE Club Log.

Finally, I would like to acknowledge the contribution made Jim AD1C, with
whom I have collaborated over probably the last eight years, and hope that
he has found our collaboration as beneficial as I have.”