I’m thrilled to report to you that the half-billion mark has been passed, on 28 May 2018!

The 500 millionth QSO was uploaded by W4PG, who uploaded a QSO with ZL1BQD on 17m (FT8). Congratulations in equal parts to Robert, W4PG and Roly, ZL1BQD.

Here are the milestones I’ve recorded: 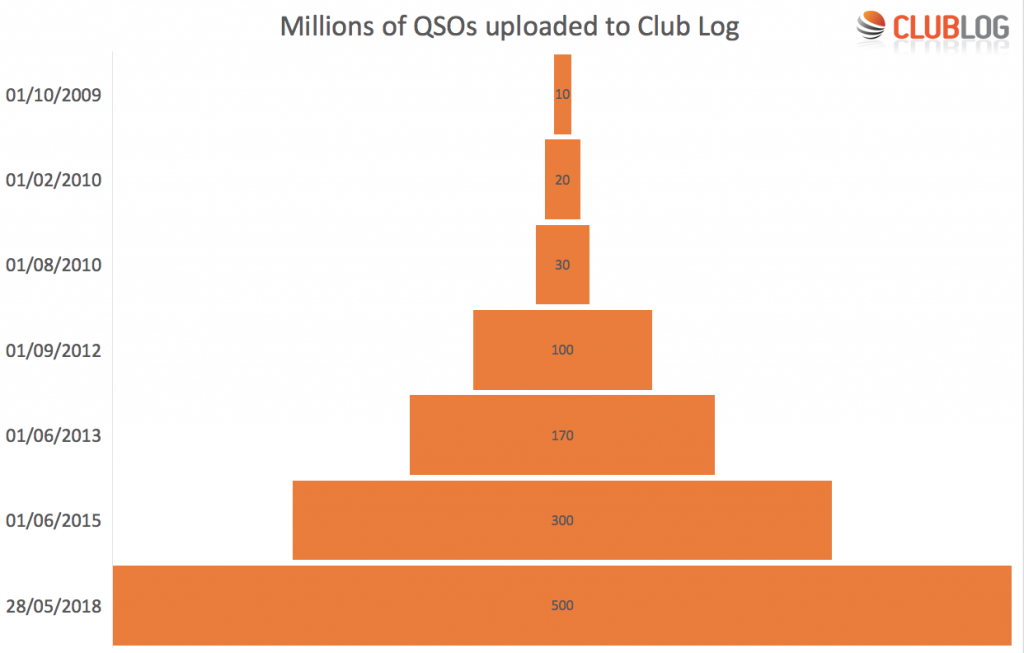 A very special thank you to everyone who has uploaded a log; every single upload has helped make Club Log’s records more representative, especially when it comes to analysing trends and the most-wanted lists.

A thousand thanks…, no, a million – no, half-a-billion thanks! 😉