Between 27 and 29 May 2006 I operated as GM7VJR/p from the Isle of Skye, Inner Hebrides group, IOTA EU-008. The station was located in the Quiraing, an interesting mountain-top location almost ideally suited to ham radio due to being sheltered from the wind.

I undertook a short winter expedition on 2 January 2006 to the summit of Cairn Gorm, Scotland. The conditions were extremely wintery and cold. The wind was carrying tiny needles of ice, and we estimated the speeds to be 50mph. Thankfully we were sheltered by the cairn at the top. My two friends who joined me, Georg and Richard, are not licenced but helped with the antenna erection, which would have been impossible without three people. To avoid damaging the pole I set it to half its normal height and attached the antenna to a thicker section. This created a low dipole, which we then anchored with ice axes in the snow.

Martin G3ZAY, Dominic M0BLF and I visited North Wales for a SOTA activation (Tryfan, SOTA GW/NW-006) on 17/18 June 2006 – we also to made an appearance in the 6m backbackers contest. A contrast of weather – very sunny on Saturday, then very wet on Sunday! Conditions were generally excellent, including on 50MHz, which was lit up with activity even on our simple dipole. The logs are now in LoTW. 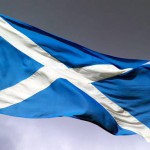 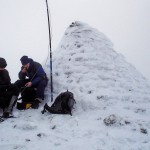 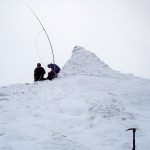 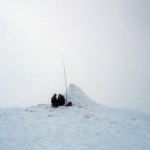 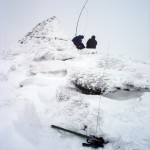 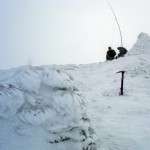 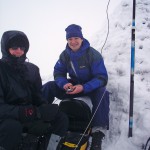 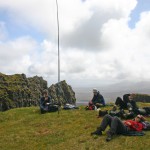 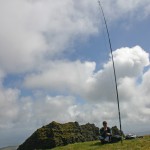 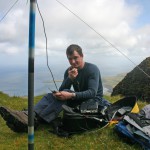 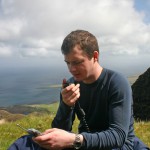 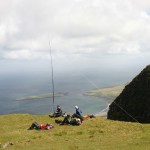