Between 26 December 2007 and 3 January 2008, I took a short winter break to the Azores, an unusual but easily accessible location that I had been curious about for some time. I wanted to do a little touring, get away from the cold weather and also, I wanted to put my ultra-light portable station to the test. I took quite a lot of kit to try in the field, with future trips in mind.

The Azores are approximately 930 miles due west from Portugal, placing them quite a substantial distance from Europe and well on the way to north America (just another 2400 miles and you’re there). The islands have volcanic origins, being on the Atlantic ridge, and there is evidence of this on most of the nine islands in the group in the form of dramatic calderas, and distinctive black, porous volcanic rocks.

As the climate in the Azores is warm and wet, there is always a sense of abundant life, and indeed during my stay in late December the temperature averaged 20 degrees during the day, and 18 degrees by night. Frequently, though, the warm weather flowing with the gulf stream comes into contact with cold fronts from the north, so if you like dramatic swings in weather conditions this is the place to go! High winds buffet the islands regularly, and these knocked my antennas for six. I don’t know how they manage a weather forecast – I just expected it to change every day, and was not disappointed!

There are nine islands in the Azores:

The distance from east to west is some 370 miles, more than you might expect. The majority of the islands are close together, but Corvo and Flores are more distant so an internal flight is preferred to reach them (they are also a separate IOTA group).

CU2 (Sao Miguel) is the notional capital, and is readily reached by flying from Heathrow to Lisbon, and then to Ponta Delgada on the island. It takes a full day due to all the changes though. The airport is small, modern, and calm compared to the bustle of British international airports. My hand luggage was always searched, but I had no problems getting the kit through.

I rented a very pleasant wooden cottage near Ginetes, which was on the side of the volcano (Sete Cidades) on the very western most tip of Sao Miguel. With an altitude of 300m above sea level, and an unimpeded take off towards the States, I was extremely pleased with this QTH. It was HF quiet, and there was an enormous space where I could erect antennas and lay radials. Unfortunately, though, with the steep side of the volcano blocking the path to EU and to G, there would be a price to pay. 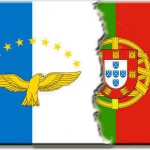 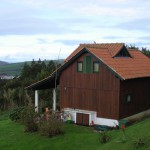 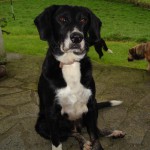 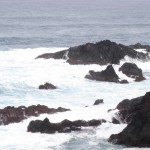 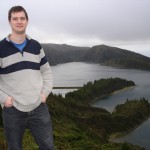 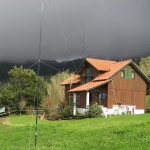 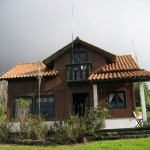 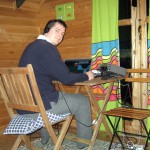 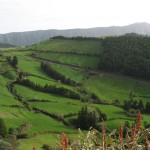 I am a fan of wire verticals supported on fishing poles (SOTA poles) of 10m length. I have found this is an ideal size for portability. It is a great benefit that the radial system can be used on any band once laid, provided it is pretty good to start with. I use 30 radials about 7m to 10m long, or for extra clout I use the spare vertical element for my 80m “L” and 160m “L” as radials when they are not in use!

Changing bands on a wire vertical is easy. Simply unscrew the element (bolted through a crimp connector on the coax feed) and bring the pole down, and you can change band in a few minutes with pre-cut and labelled elements. Extremely fine wire can be used to save weight – it is not structural. Wrapping the wire around the pole allows minor adjustments as it adds inductance, and a few wraps is sufficient to stop the wire flapping.

I used my trusty K2/100 and Win Test for logging, and had a Yaesu FT-857D with me as a spare, and for SSB. This is a very compact way of operating 100W on all bands, but I also had a 400W linear built by Mark G4AXX with me, for testing (used for the first day).

I had a go on 160m, 80m, 40m, 30m, 20m, 17m and 15m, mostly CW (see chart). Trying lots of bands strikes me as a good way to learn the propagation of a location and it is also great fun when, as with the Azores, the location is not rare but collecting band mode spots may be of interest or sporting fun for avid DX’ers. It also gives QRPers a good opportunity.

The big money band was 40m. I was taken aback by the exceptional propagation to NA on 40m, starting from around 1900Z and lasting through till 1100Z the next day. Stations on the east coast were normally above S9, sometimes completely flattening the AGC up to 40dB over S9. Good pileups ensued, and some interesting DX slipped into the log when conditions were changing. Having a great site and using modest power gave me a balanced chance of working at least a little DX, and it was a pleasure to consistently work the west coast from their sunset onwards.

I didn’t spend a lot of time on 20m, as I suspect it has seen a lot of action, but 30m was in good shape and gave me many interesting contacts including ZS, ZL, ZD7, VP8, CE and, unexpectedly, EL. To the north, although I worked OH0 and TF, I couldn’t seem to crack JA at all – all my low angle gain was wasted on the volcano again.

17m and 15m were only open for a few hours in the afternoons, but I was pleased to give them a whirl (mostly NA and some G).

On 80m, the local QRN was quite strong and I felt my ‘L’ was quite deaf, and did not work a lot with 100W. When it came to 160m, I had even less efficiency – just 10m of vertical and the rest horizontal, and 100W is certainly not enough. However, the Stew Perry contest was running and I was chuffed to work GM3POI (thanks for your patience Clive!) as well as a string of east coast stations, and VE.

I closed the log at 23:59 on 1 January 2008, having made exactly 2,008 QSOs after dupes. I felt this was a good time to stop (and a neat number for the new year!). As I had some more touring to do, I decided to dismantle the station at this stage. While on the air I had heard from Gary CU2JT, and we had agreed to meet up for a beer and a chat about local conditions. Gary is quite an active CW op, and I narrowly missed meeting Frank CU2DX who has a 4 ele Steppir on a substantial tower, not far from Ponta Delgada.

Break down of locations worked:

To anyone wishing to visit CU2 with radios, I recommend the location I used provided you want to work mainly to the west. The owners, Ricardo and Margarida are “radio friendly”. See http://www.vacationvillas.net/Portugal/holiday-house-Azores/p42407.htm