Along with Martin GU3ZAY and Phil MU0DEG, I was QRV from Guernsey for a short weekend dxpedition between 31 October 2008 and 2 November 2008. Conditions on LF were pretty good – I was especially pleased to work JA and west coast USA on our greylines. In total I logged about 1300 QSOs, mainly on CW with some SSB on 40m.

I was QRV from Jersey as GJ7VJR/p between 11 April and 13 April 2008, very briefly, to recover a generator left last summer during GH6UW.

Off the south coast of Jersey, there are low-lying reefs, known as Les Minquiers (or The Minkies). Between 3 – 8 September 2007, I was in Jersey with Martin G3ZAY, Dominic M0BLF and Tim M0TDG to activate EU-099 on 40, 30 and 20m. We were operating from generators for 48 hours. We used small linears and verticals. Our callsign was GH6UW (the club prefix for Jersey is GH).

2007 is our 75th year on the air, and has been particularly busy, with trips to St Kilda, and most recently to Les Minquiers (The Minkies) in the Channel Islands, near Jersey.

The Minkies (EU-99) are a large collection of rocks approximately 10 miles south of Jersey (QRA IN88xx) they are part of a reef, which can be seen on clear days at low tide from the southern coast of Jersey. However, Jersey has some of the largest tidal ranges in the world, and only a few of the rocks are permanently above the sea line.

The most significant island is Maîtresse, which is about 50m long and 20m wide. It is steeped in history and has an assortment of around ten stone cottages in various states of repair, including the most southerly toilet in Britain (often the subject of QSL cards in the past). There is no power or running water, but there is mobile telephone reception.

Following a long-running (but friendly) dispute between Britain and France, the reef, along with the nearby Ecrehous, was awarded to Jersey by the International Court of Justice in 1953. They made the news headlines again in 1998 when there was a French ‘invasion’, which lasted one day.

The Minkies are close to both France and Jersey, but the waters around them are treacherous, and most mariners avoid the entire area, following an extensive network of buoys to avoid the possibility of running aground on the rocks. It is this difficulty of access which makes EU-099 an enigmatic and attractive target for radio expeditions.

Our visit to the Minkies EU-099 took place between 3 – 5 September, 2007. We were pleased to use the unusual Jersey club prefix, giving us the callsign GH6UW. The team consisted of alumni: Martin G3ZAY, Dominic M0BLF, Tim M0TDG and Michael G7VJR. 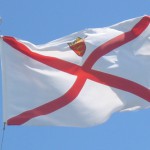 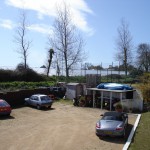 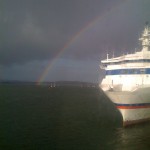 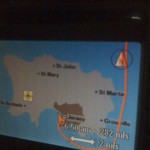 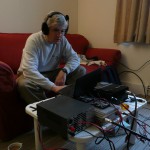 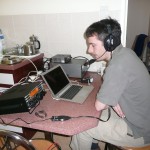 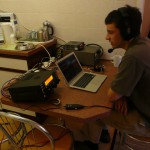 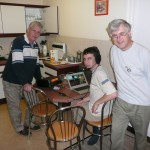 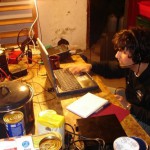 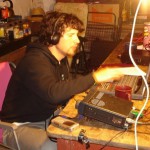 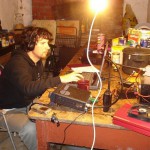 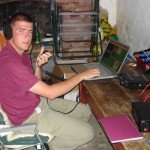 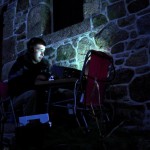 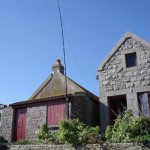 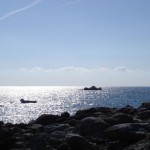 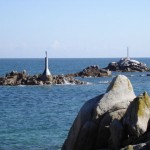 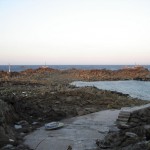 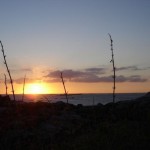 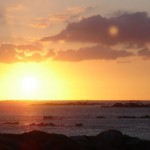 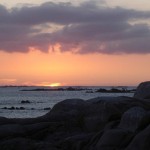 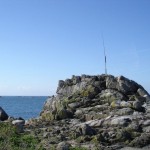 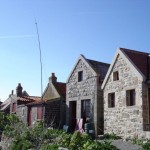 Early discussions in April 2007 with Jersey contacts revealed that visiting the Minkies would not be possible without a degree of support from the local harbour in St Helier. A previous radio expedition had run into difficulties during the IOTA contest in 2004, and as a result there was some reluctance to conduct another radio trip without additional reassurances and planning. Indeed, our initial request to go to the Minkies was declined immediately.

For CUWS, any expedition comes with the additional responsibility of representing an internationally recognised University. In this case, we felt it was best to persevere. Further correspondence followed, and our plans were eventually accepted, having now explained our approach and willingness to treat the islands with care. This, however, was not all.

We were delighted to now receive an offer of transportation to the Minkies from the Jersey coast guard, and use of the Jersey States building on Maîtresse. Suggested times to make good use of the tides and advice on the trip were also given to us. This additional help gave us a great head start; we would have a roof over our head and would be able to avoid using an expensive chartered boat, and side-step some obvious problems with the benefit of local knowledge.

We flew into Jersey cheaply, but this gave us an added problem of carrying only what our hold baggage could contain. When it comes to radio equipment, power supplies and linears are never light enough.

After hiring a car, there was just enough time to shop for provisions, obtain water and fuel and a Honda generator on Jersey. As the tidal waters dictated our departure time around 1pm on Monday 3 September, we were sure to double check that we had everything we would need to be fully ready for departure. A frantic morning!

After ferrying our equipment down to the Albert Quay in St Helier, we were amazed to be invited aboard the Duke of Normandy, a 500 tonne vessel which is normally in full-time use manoeuvring cargo ships and the like. Our kit was loaded onboard and we departed, in perfect summer conditions. GS, maps and sonar equipment showed our progress into ever more complex shipping lanes around the Minkies. When we reached Maîtresse (about 1 hour later), we transferred to a smaller craft that had been towed by the Duke Of Normandy, and disembarked onto the shores of the island.

Arriving is a special moment on any expedition. The weather was perfect as we came ashore. I will not forget the clear, shallow waters and the wonderful weather that graced our entire trip to the Minkies – we were treated to beautiful sunrises and sunsets, and luxurious summer weather. My fears of having to abandon our trip due to poor weather (remember it flooded in July!) were unfounded.

Although rocky, Maîtresse and the outlying rocks are charismatic and charming, and to be able to swim in the sea was the ultimate refreshment.

As we carried our equipment to the top of the slip way and onto dry land, our priorities quickly turned to commencing our radio activities. We had just 48 hours to make as many contacts as possible.

We were soon able to erect a 20m vertical antenna on top of the highest point, using a 10m SOTA pole. 9 elevated radials were used. The rig was an Icom 706 with 300W (using an inexpensive RM500 AM/SSB linear). Dominic M0BLF began CQing on 20m SSB, logging to WinTest in DXpedition mode. A pile up was quickly underway and Dominic reached a rate of 180 Qs/hr.

We were keen to put two stations on the air, and had brought a range of 100W Dunestar band-pass filters. The next station to go on the air was for 30M CW, which we judged would be a good, long-haul band which would benefit from our 360 degree salt water take off. Using an Elecraft K2/100 (completed just days before the expedition and barely tested), Michael G7VJR began operating on 10MHz using a lead acid battery outside. Within 15 minutes or so, GH6UW was split and listening up around 2kHz. The DXCluster had, presumably, started to draw attention to our activities.

With no mutual interference, we were delighted to be putting out a solid signal on phone and CW simultaneously. The logs continued to fill, and as evening quickly arrived we began to receive more and more attention on the bands. Pile-ups became raucous and sustained, and we were soon working friends in the States and Japan, although Europe was giving us good rates and we felt it best to take all callers.

With time now less of an issue, Martin and Tim had arranged meals and tidied up to remove dust and grime from the buildings where we were lodging. Martin soon had dinner sorted, and Tim was able to take care of the generator, and take over on the 30M station. Incidentally, the Honda EU10 1KW generator was quiet, reliable, portable and efficient – it consumed only half the fuel we expected.

Our operation continued during the night on CW, with Tim and Dom putting in the hours, and come morning we commenced SSB operations again. We were now ready to try 40M SSB, so a third antenna was erected to support our 40M dipole. With this extra choice we had a better chance of working EU during the day, and we would be ready for the DX later.

We were disappointed that 40M did not give us much access to ‘G’, although we did appreciate the perseverance of those stations who were able to break the EU wall and work us, including club members back in Cambridge, Christian M0SCH and Christian M0TBF. Stations in GU and GJ were super-strong so we were delighted to add some locals to the log, too.

Other than a brief (< 100 QSOs) spell on 17M, we were content to use 20M, 30M and 40M. Although an 80M dipole was constructed, we dismantled it for practical reasons – given the choice, we favoured 20M and hoped for more DX. We were fortunate indeed (SFI 66) to work many JA stations. Of particular note, though, were ZL1BYZ, VK4BUI and VP8NO who were able to work us on CW – a wonderful surprise.

These days, even a small operation will suffer some deliberate QRM, and so it turned out to be for us, too. We were disgracefully jammed on 20M and 40M in particular, and had to avoid split operations on 40M as this seemed to reduce the problem somewhat.

While not operating, I might add that we were able to enjoy Mediterranean conditions on Maîtresse. Swimming, photography and sleeping were popular past times while not operating on the radio. Our stay was also livened up by a few visits by passing yachts and even an ex-military French telegrapher, who was overjoyed to see us using morse code. We also met two contemporary dance students who were staying in one of the other huts, and were kind enough to tolerate our intrusion (before our departure, spare food and supplies were transferred to them).

On Wednesday 5th September, we were picked up by the Pilot boat from Jersey Harbours and returned to St Helier, a little sunburned, but very happy to have made our mark on HF and given EU-099 a fresh airing.

We spent a few more days on Jersey, staying at the Jersey YHA in St Martin (in its own right, a perfect HF location on a cliff top with spacious grounds). While there we met GJ7DNI by chance, having spotted a Versa tower passing by on his trailer. By Friday, we were unable to resist a visit to the Jersey Beer Festival in St Helier, before flying back to England the next day.

Lastly, our QSL manager is Dominic M0BLF. The above links are all included on his page, at the top of the list of URLs above.

We are indebted to Jersey Harbours, in particular to Peter Lawrence and Ian Lamy, whose advice alone before the trip was invaluable.

We were fortunate and immensely grateful to also have their help in providing transport and access to the States building on this trip. Their generosity exceeded anything we could have expected – it made such a difference. Thank you again, from all of us at Cambridge University Wireless Society, for dedicating so much of your time to supporting us. It cannot be overstated how much we appreciated your help.